Recently I stopped by Red Cap Patisserie’s shop on Meadow Street to try out the croissants and pastries. The shop is small, with only a little space for seating, but has plenty of display space for their sweet and savory pastries, including pain au chocolat, kouign amman, scones and more.

The staff are friendly and knowledgeable, and the pastries are delicious.  I can’t wait to return and try more of their treats, including some of the savory ones.

I’m a self-proclaimed coffee snob. You know that line in Pulp Fiction:  “When Bonnie goes shopping she buys SHIT. I buy the gourmet expensive stuff because when I drink it I want to taste it.” Yeah, pretty much my favorite quote ever about coffee.

My love for delicious coffee led, years ago, to purchasing a single-serve coffeemaker before Keurig K-cup machines had hit the market. At that time, there were two pod-style coffeemakers available:  the high-priced Senseo, and my choice, the more affordable Melitta One:One.  Both single-serve machines used pods made from the same material as a coffee filter that were packed with various flavored, unflavored and decaf options. The systems also do a great job brewing tea, both tea pods and tea bags.

I switched jobs and used the office k-cup machine for a while, but then came across numerous articles detailing the environmental impact of the waste generated by k-cups. Eager to do my part in minimizing the generation of non-recyclable waste, I dug out my old Melitta One:One and brought it to my office. I soon discovered that Melitta’s coffee pods are still available, as well as pods from other manufacturers, via websites like CoffeeWiz.com and Amazon. With flavors like Vanilla Creme Brulee, Hazelnut Creme and Parisian Vanilla, plus unflavored and decaf options, Melitta still makes a wide variety of single-cup offerings.

So if you don’t want to add to the stacks and stacks of K-cup waste, consider buying a used Melitta One:One or Senseo single-serve machine. It’s the perfect office accessory for a coffee lover like myself. 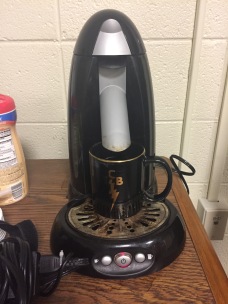 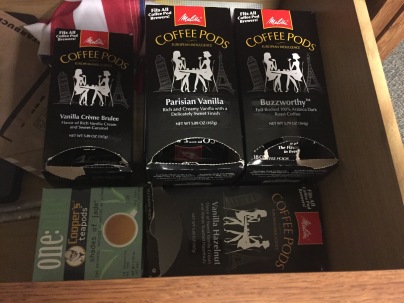 School’s out, and it’s time to find some fun this summer. Virginia has plenty to do, especially if you’re a foodie or history buff.

A handful of Virginia wineries rely on volunteer labor to harvest and bottle their wines. In exchange for working in the vineyard or the processing facility, volunteers receive credits towards purchases of wine or special wine events. Gray Ghost Vineyards, in Amissville, offers a special day for volunteers with a lavish breakfast, lunch with Gray Ghost wines and a volunteer t-shirt. Grayhaven Winery, in Mineral, offers credits towards their wines with a day of volunteering at the harvest. Near the Inn at Little Washington, Gadino Cellars‘ Harvest Day offers live music and a picnic for volunteers.

If you’re a fan of tacos (and who isn’t?), the DC Taco, Beer, Tequila Festival at the Capitol Riverfront will be a day filled with deliciousness. Two sessions offer five taco tickets, unlimited beer and the chance to try a variety of tequila’s and mezcal’s. Access to unlimited tequila and mezcal tastings are available if you opt for the Tequila or VIP ticket. Tickets start at $45 per person, and the event occurs in two sessions on Saturday, July 15.

If you enjoy living history events, you’ll love the family-friendly James River Batteau Festival, taking place June 17-24 along the James River from Lynchburg to Powhatan. Showcasing the long, flat boats, called batteau’s, that were used to transport tobacco along the river to market in the late 1700’s and early 1800’s.

What’s on your summer agenda? 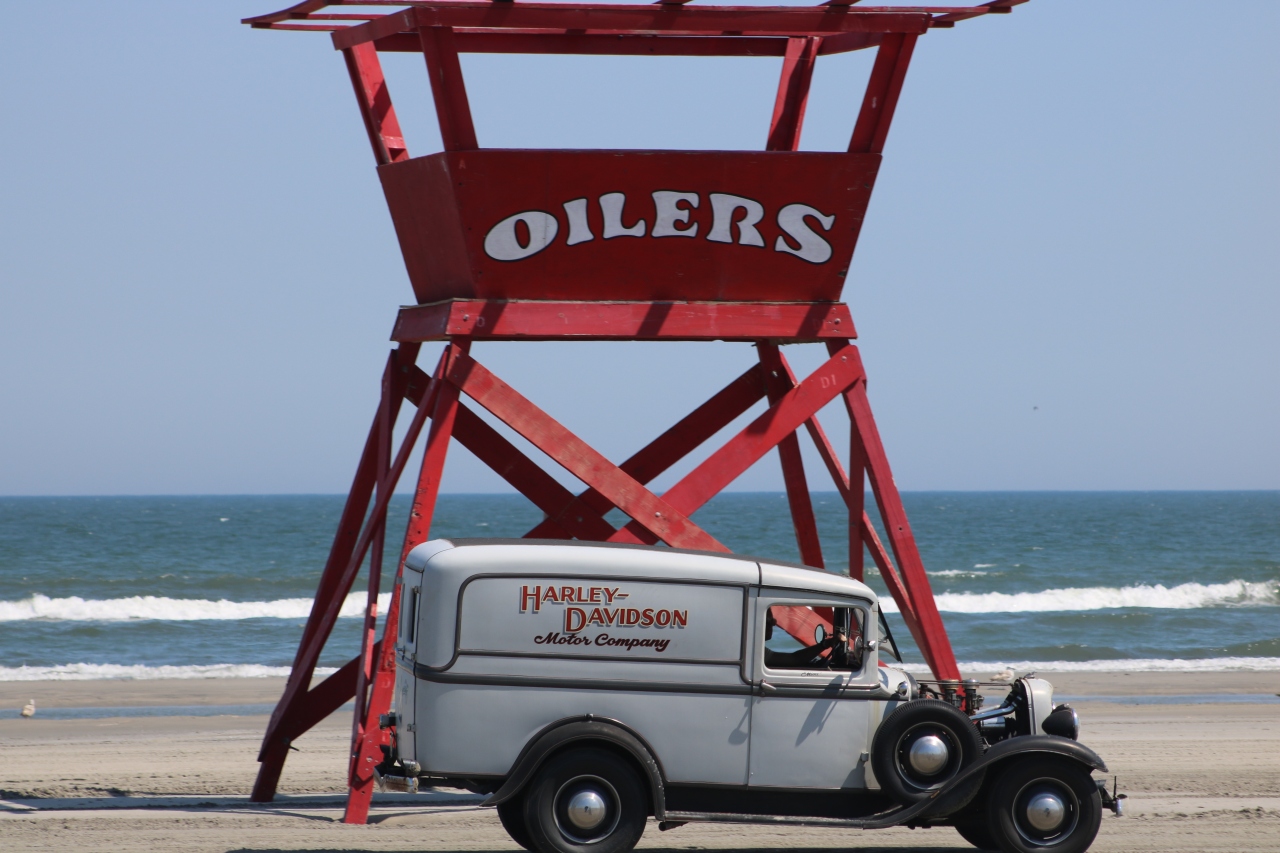 Started in the late 1940’s, the Oilers Car Club began in Southern California in the early days of drag racing. The club was revived in 2008 by a group of traditional hot rod enthusiasts who tracked down the original Oilers founder, Jim Nelson, and, with his blessing, formed chapters across the country to carry on the sport of racing pre-war cars and motorcycles. In 2012, the first Race of Gentlemen was held on the beach in Allenhurst, New Jersey. From there, the event has grown bigger and bigger each year.

My family has always adored history, especially automotive and motorcycle history. My great-grandfather owned a motorcycle repair shop in the 1920’s in rural Central Virginia, and my uncle has an obsession with vintage cars and trucks, having built the Kline car currently on view at the Virginia Historical Society. He’s currently working on projects from a 1920’s fire truck to 1910’s and 1920’s race cars (which I’m trying to convince him to build for a future TROG), and I love hearing about his latest builds. My husband’s a gearhead too, and we’ve always enjoyed vintage car shows and all manner of racing, so The Race of Gentlemen was a car lover’s dream trip.

The organizers, Mel Stultz and Bobby Green, couldn’t have chosen a better venue for this throwback event. Wildwood, New Jersey is a perfectly-preserved old beach town. With a two-mile long boardwalk and plenty of wide, sandy beaches, there was ample space for the drag races. The town itself is filled with 50’s diners and doo-wop/mid-century hotels and motels, adding to the nostalgic atmosphere. We had breakfast on Saturday at the Pink Cadillac diner, which billed itself as a “50’s diner,” and we stayed at the Monaco Motel, a classic with mid-century design. 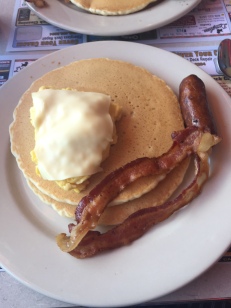 But of course, the main attraction was the racing, and the chance to see these vintage cars and motorcycles in action didn’t disappoint. The weekend kicked off Friday night with a chopper show at a local motel, then the action began bright and early on Saturday. As soon as the tide went out, the cars and bikes took the beach to battle it out. 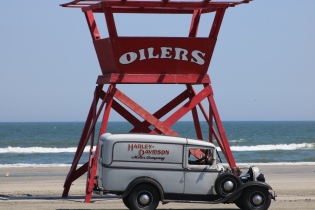 The racing lasted all day, giving spectators the rare opportunity to see vehicles from the early days of racing history in one-on-one drag races and, occasionally, a four-wide motorcycle race. Special kudos go to the most talented flag girl I’ve ever seen, who must have jumped into the air hundreds of times the whole weekend and made it look perfect every time.

Besides the racing, the event had a classic car show, merch and various vendors, as well as live music. Saturday night there was a bonfire on the beach, then more racing on Sunday. The second day of racing also saw an announcement from organizer Mel that the “sandrail” class, essentially a frame and engine, would be bigger next year, as it’s a relatively cheap and quick way to break into racing in an event that requires historical vehicles and an application and approval process.

Unfortunately, we had to leave around noon to make it home on Sunday, so we didn’t get to see the end of the racing and the awards. All in all, this was an amazing event. We’ll definitely be back next year!