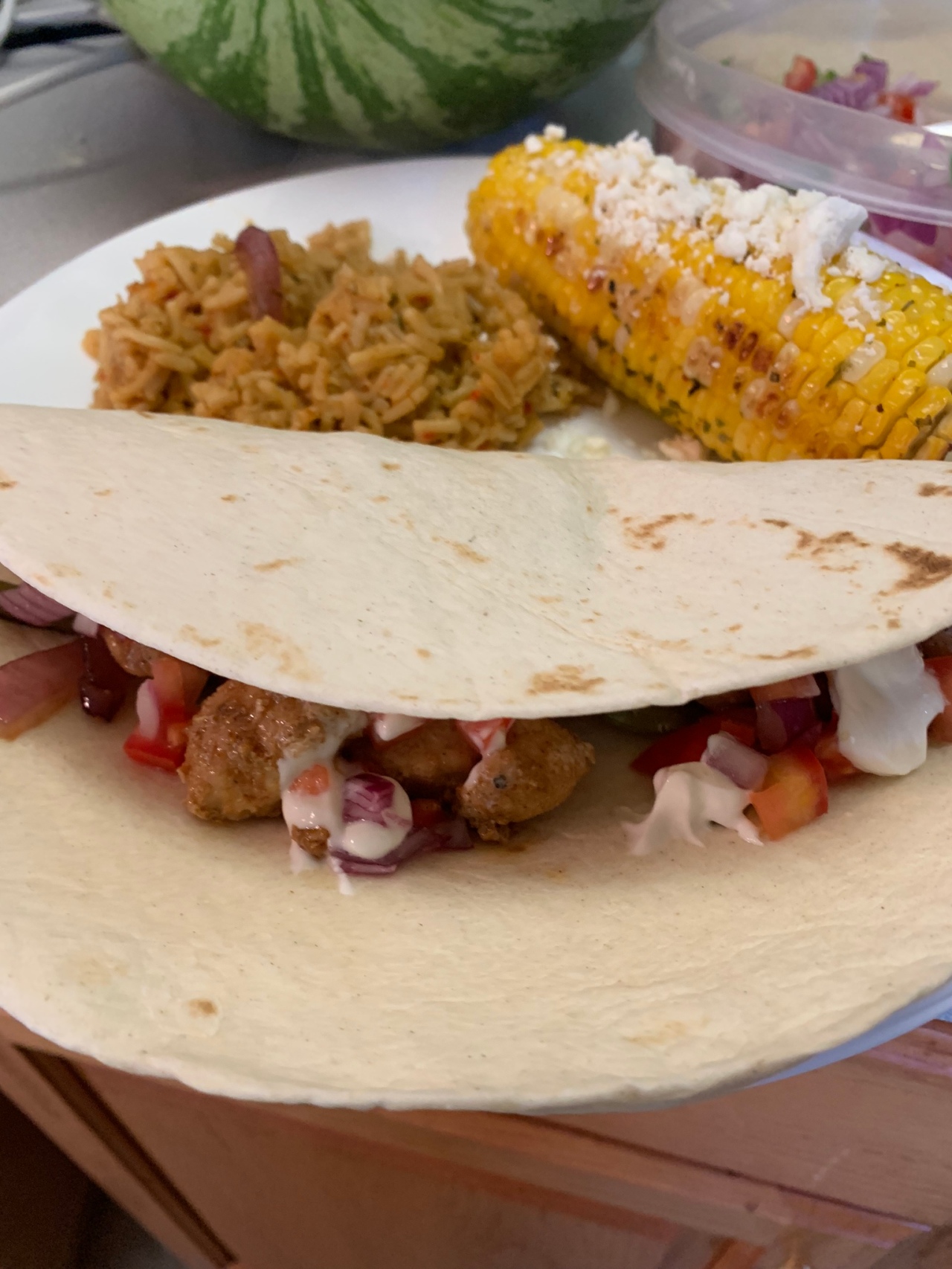 A few months ago I began a subscription to my favorite meal kit service – also the best value IMHO:  EveryPlate.com. This meal kit service offers your choice of three dinners, for two or four people, from a selection of eight different meal options with a range of proteins and sides. Since my kids can be picky, I’ll often make the EveryPlate meal for dinner for myself, my husband and my younger son and let my two teenagers pick what they’d like for dinner. Sometimes the choice of EveryPlate meal lends itself to “upsizing” with additional sides, so I’ll use that as the base for a meal for our whole family.

First, I opened a package of fresh corn on the cob and tossed the ears on a sheet pan with a bit of olive oil, salt, pepper, cilantro and my favorite seasoning, Tajin. This citrusy, spicy blend gives a little kick to anything you shake it onto. I roasted the corn at 425 degrees on the top rack for about thirty minutes, turning each ear about halfway through, until the ears were beginning to char. 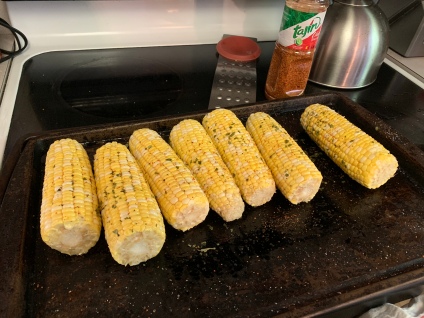 Second, I made two packages of Knorr Taco Rice. This packaged rice is a quick and easy side with fajitas or tacos, and you can boost the veggie value by mixing diced fresh tomatoes, green, red and jalapeño peppers into the rice while it’s cooking. 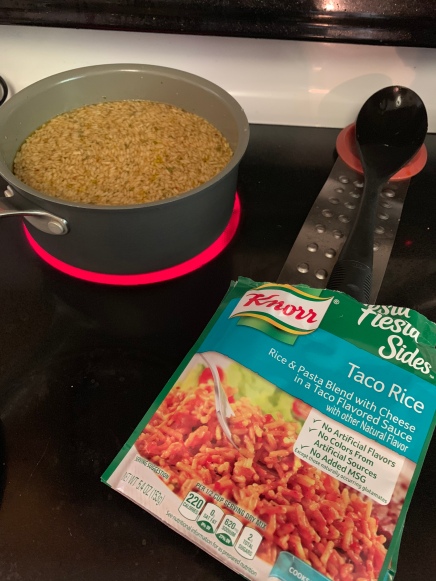 Then I got into preparing the EveryPlate recipe for Classic Chicken Fajitas. Everything you need, with the exception of some kitchen staples like butter or olive oil, is included in the box you get from EveryPlate each week. The recipe card gives the exact quantities you’ll need of each ingredient and offers clear instructions with photos on the back. I diced and cooked the fajita green pepper and red onion, then tossed the diced chicken in salt, pepper and southwest seasoning. The chicken cooked in my cast-iron skillet – yum! 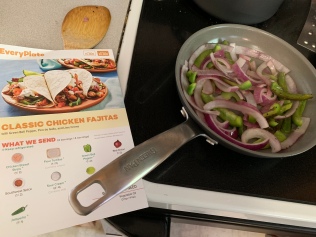 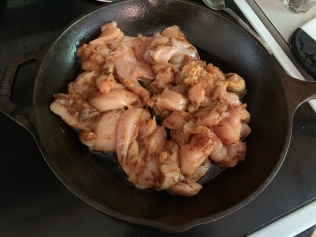 Last but not least, I diced up the tomato, red onion and jalapeño pepper and tossed with some salt and lemon juice to make a quick salsa, then mixed up the lime crema. 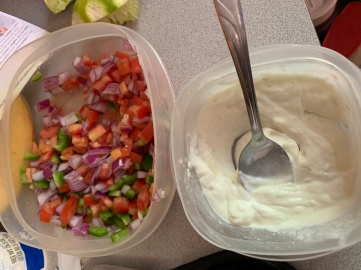 Everyone got one ear of roasted corn, which I topped with queso fresco, a serving of taco rice and a chicken fajita on a flour tortilla topped with the fresh salsa and lime crema. What a delicious Sunday dinner! 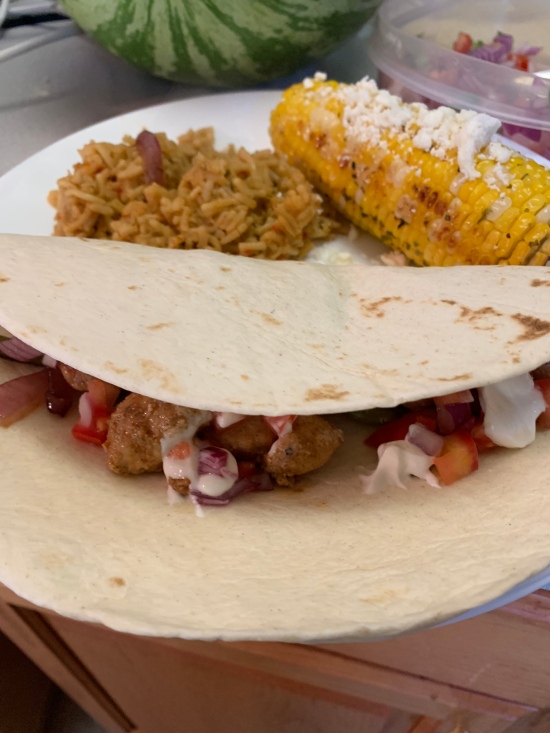 Do you want to try EveryPlate.com? Click here! You’ll get $20 off your first box. Weekly boxes start from around $39 for three dinners for two, which is only $6.50 per serving (the best value I’ve found in meal prep kit services). The serving size says it’s for two, but I nearly always get two adult servings plus a kid’s portion out of my EveryPlate meals.

Sales and customer service in the luxury industry